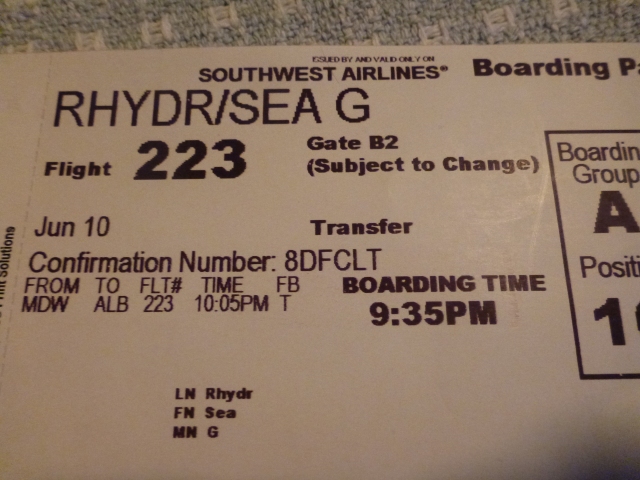 Everything, Everything is (Subject to Change) – I’m pretty good with that one, but I really should have looked twice at my “Confirmation Number” – which is mostly letters, not numbers, and turned out to be a warning in thin disguise.

My folks are moving this summer, from their Country House (of 33 years) to a smaller place in town which is less than a mile from their church, closer to friends, errands, choir rehearsals, doctor’s appointments and the Honest Weight Food Co-op, which has evolved in my absence into the most wonderful “grocery store” I’ve ever seen!  I haven’t seen my family since last summer when they came down to Big Creek to see my “new” house, help with renovations and celebrate my birthday.  My turn to make the trek.

But first, there was an expedition to launch.  Gryph returned to Big Creek in May to consult with Saint Finehorn and Jesse James about going back out on the road.  Of course they were delighted, especially when she said that this time they were going out as performers.  Costumes and Coggins tests, stilts and saddle pads, so much to figure out so quickly and suddenly it was Sunday, 7. June and everything was packed and loaded.  Jess generously loaned his truck and trailer for the trek across the Mississippi River into Arkansas, Saint George handled the chaos and the driving with aplomb, we found a spot along the Saint Francis River with plenty of graze (and even more mosquitos – good thing the ponies are up to date on vaccinations!) and suddenly I was waving good-bye to the horse/human herd now traveling as Finehorn’s Fancy Circus.  Wow!  New blog post up at: http://www.finehornsfancy.wordpress.com

It feels very strange not to be on the road with the herd, but at the moment other duties call…  sometimes literally.  Tuesday morning a week ago my cell ‘phone rang but I missed the call.  It was a Louisiana number that I didn’t recognize; out of curiosity I called back.  A woman’s voice answered and said that she hadn’t called me, her ‘phone had been in the car, but now that I was on the ‘phone she wanted to know how the book was coming along.  I told her that I had 12 chapters that I was pretty happy with; that lately I’ve had a Lot going on but hoped to be back under way with the writing by July.  I still don’t know who it was, but it was a timely reminder that there are people Waiting Expectantly for this book that seems to be taking me forever to write.  Thank You!!! 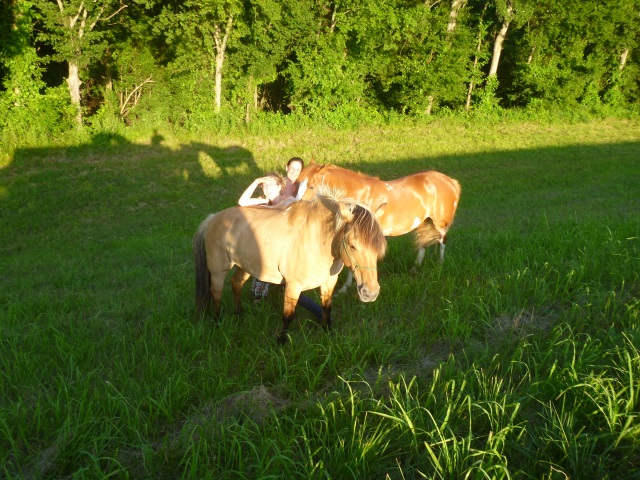 Wednesday, Saint George was once again behind the wheel, delivering me to the Memphis airport to catch a Southwest flight that was supposed to carry me to LaGuardia (NYC) via Midway (Chicago).  My bags were checked and I was at the gate two hours before the flight was due to depart -> learning that my flight was delayed by weather and I was going to miss my connection.  I was absolutely Not looking forward to spending the night at the airport in Chicago, waiting for the next flight out in the morning.  I won’t bore you with the details, but by a miracle of grace I suddenly had tickets in my hand for a flight to Albany, NY (the airport closest to my folks’) via Baltimore.  At about the time (midnight-ish) I was supposed to be landing in LaGuardia and figuring out how to navigate a bus, 2 subways, and the streets of Manhattan to a friend’s apartment (while carrying 90 pounds of luggage) I found myself stumbling off the plane in Albany, NY – surprised and delighted to find my beautiful mother waiting to drive me home.

Except my luggage hadn’t gotten the memo.  I’d carefully packed my trail journals, maps and notes – everything I need to write the book – in one of those bags.  And my bags were AWOL.  My folks left Thursday morning, glad I was home early to house-sit and give the cat her medicine.  It was just as well that they were away for the two days it took my bags to find me again, because until I unzipped the pack and had my journals literally in my hands I was not a particularly sane human being.  That’s an understatement. 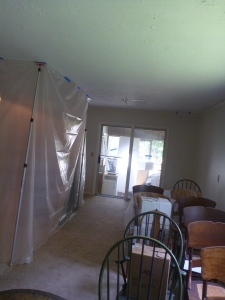 I’m assuming most of you have moved at least once in your life.  The sorting, the packing, the endless decisions as the house fills with liquor boxes (they’re free if you get them empty!) and the liquor boxes fill with carefully wrapped dishes and trinkets and treasures. The pile for the rummage sale grows, and shrinks (what!? you’re getting rid of that!? Nooooo…) and the stories attached to each item rise into memory – or not.  It’s chaos. Emotional, muscle-taxing, time-devouring chaos.  And meanwhile the rest of life doesn’t stop.  (Have I mentioned that mom is leading a mission trip to Nicaragua in mid-July?) The house ‘phone keeps ringing, the truck inspection is over-due, all three cell ‘phones are ringing, there’s a blog post to write, has anybody seen the cat?  Gryph calls, checking in from Arkansas, from Missouri… 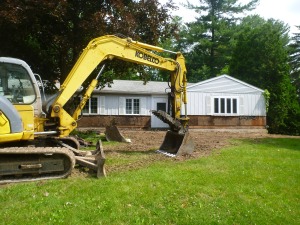 Simultaneously, the new house, which has been a rental for the past decade, is undergoing some serious renovations, inside and out.  Walls are being moved.  Plumbers and electricians and carpenters and a big loud machine ripping up trees and feeding them into an even louder chipper; ripping off crumbling brick and, oh no! that was a hidden pipe and there’s suddenly water pouring into the basement (good thing the plumber was right there and thinking fast!) and now the only working toilet is in the basement – where dad is constructing his workshop, the future contents of which are filling the adjoining room. Wouldn’t it be easier to paint the bedroom before the furniture is in there?  Won’t it be lovely when it’s all done?  Sanity?  Has anybody seen the dog?  Where are the keys?  How’s that book coming along, Sea?  Has anybody seen my brain? 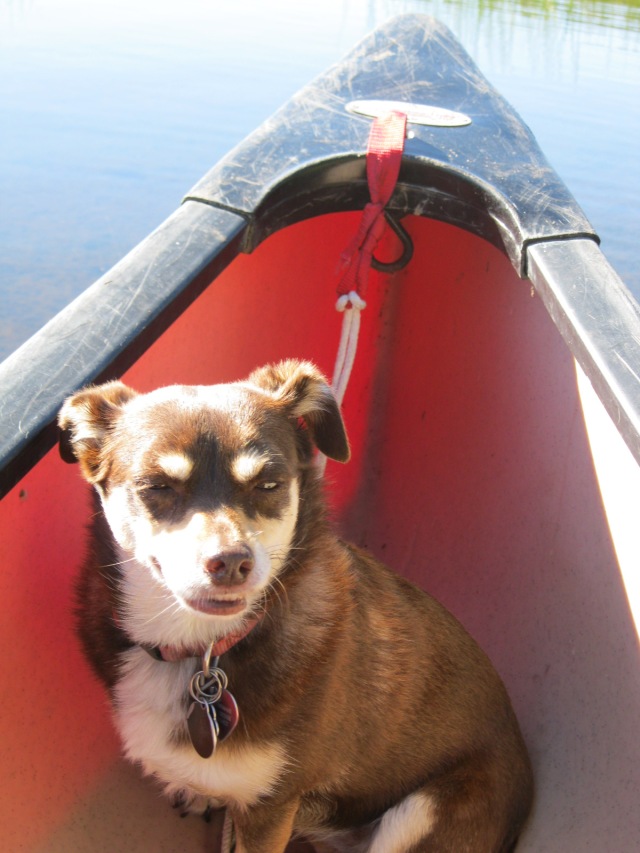 This too shall pass.  Cherish the moments, the stories, the chaos.  Won’t it be lovely when it’s all done?  Cherish the life that we have.