Adaptation – the Secret to Survival
lay with always moving on.

i wandered in the Eye of God
sure as the Shadow of the Swallow
in full Sun and knowing
Abundance and Tumbling
into Grace and so Grateful
to BE
a Delight to my Creator
Alive and Learning, yes Knowing
there is enough Grace
there Is Enough!
Carry Nothing Extra
it’s a burden to the ponies
I’ll send manna every day
and rest…

Adaptation – the Secret to Survival
was rife with thanksgiving.

And then (this is a Metaphor)
i ate of the Fruit of the Tree of Knowledge
(isn’t that what always happens
at this stage of the Journey?)
Mea Culpa – i learned too much.
Real time: sitting writing in my hammock
sunny afternoon – Motion!  Look!  here comes a Snake!
Gorgeous – over 4′ long, black with cream splotches
glistening so fresh from molt
a single fragment of old dry skin still clings
back near the tail
looking right at me, coming right at me
passes beneath the hammock
en route to a tunnel
in the stump of an ancient Cedar
(it’s good to know the neighbors!)
That snake was not a Metaphor
for Evil, Cock or Kundalini
but absolutely a brilliant illustration
of the Yoniverse at play
(and what i fear i’ll lose) 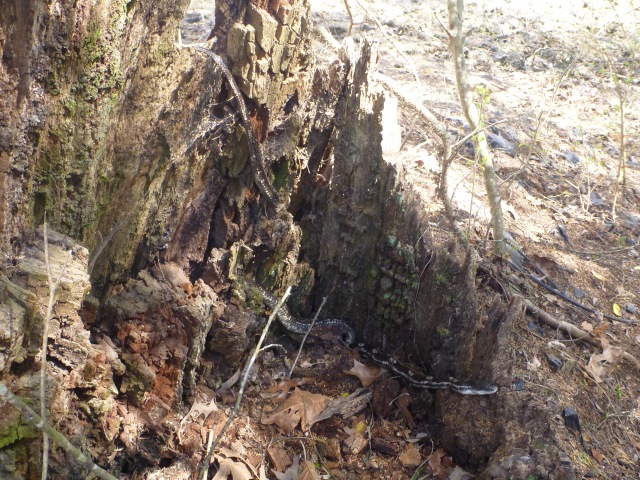 Statistics don’t belong in poems
but the writing on the wall
is all about the Math.
Descending the Length of the Central Valley
for 40 days and 40 nights
my herd suffered thirst
the irrigation ditches ran with poison
and rainfall doesn’t equal greed
– we camped by windmills with meager herds of cattle
foraging 200 acres apiece
to stay alive
– we dwelt with Mormons stashing
2 years of food + 2 years of ammunition
Real Time:  a big old dead pine
just toppled 100′ away in my forest
the air is balmy and still
– met Survivalists reliant on fossil fuel and chest freezers
who have never planted a seed
and faced the Mute Prophetess of Famine
Guilty in the Mirror

Adaptation – the Secret to Survival
requires acting on accurate assessments of reality.

last time i wrote a poem i drifted Rootless
– traversing a continent
at 3mph gives one plenty of time to think
about food and water and castles under siege
about Providence and Dependency
and where Food Really comes from
(because it’s not the grocery store
and the food begot with guns
is gonna run out pretty quick
if that’s the whole plan
while seeds that can’t be grown & saved & grown again
aren’t really Seeds at all.)
and Thus the Road has led me
to a house in Mississippi
built before the Civil War
abandoned about the time of my Conception
5 acres grown up those 50 years in forest
one remaining clump of yellow daffodils
and an ancient gnarled Mystery of a fruit tree
blooming with the pink perfume of Hope
it led me to a Vision of a Smallholding
nurturing the ancient seeds and putting up bright jars of salsa
the pony harnessed to the plow
and my Self rooting into the re-membering
of a not so long past Way
of Being Human.

Adaptation – the Secret to Survival
calls for the passionate humility of the apprentice. 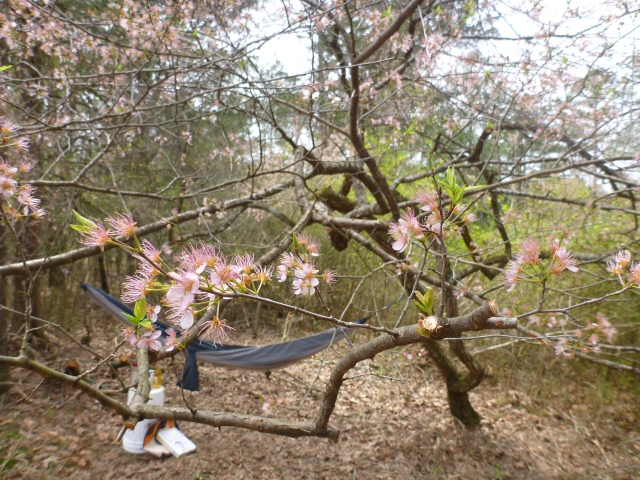