some days are better than others

The herd and I crossed into New York on a hike and bike trail that used to be a railroad.  It was absolutely lovely.  There was no traffic, the footing was perfect, there was shade and the apple trees provided ample snacking.  I saw one bicycle and had to open (and close) two gates.  Ponies and I Very enthused about the bike trail idea! 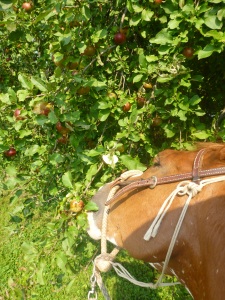 Some road riding brought us from the bike trail to a small dairy farm where we’d been invited to spend the night.  Ponies went out with the heifers, I had a comfortable room upstairs and there were plenty of fresh veggies for dinner along with interesting conversation that lasted past midnight.  The next day included a trip to Clymer to the vet clinic for wormer for the ponies and some meds for mr.James who is feeling his age and the miles.  Later we went up to Sherman to the book store (happy me!) where I met some lovely people and picked out a few paperbacks (since I was completely out of reading material that didn’t require electricity – in my world that’s kind of like being completely out of food!)  The next day I was surprised and delighted to learn that a dentist (Dr.Johnson up in Mayville) had agreed to see me gratis on his lunch break!  Two cavities filled quick and painless – so grateful as I’d really hate to lose my teeth as a result of this Journey I’m on!  A few more cavities to go, but those were the worst ones.  Feeling pretty good about being back in New York! 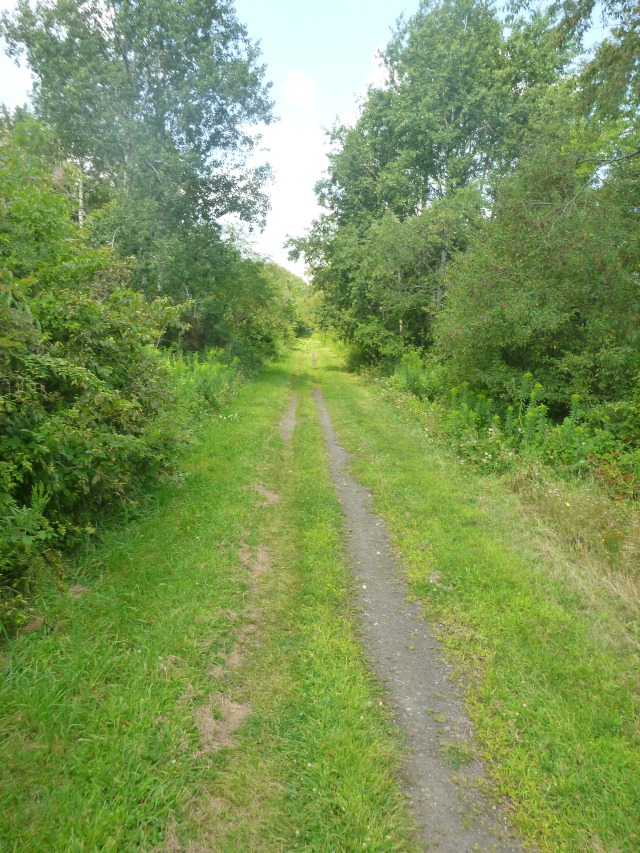 Today the ponies and I were feeling well fed and well rested and well taken care of and ready to move on.  I’d mapped out a route of bike trails and snowmobile trails and was really excited about the ride ahead.  The direct road to Sherman had recently been graveled and besides hoof issues there was the concern that small rocks being tossed up by vehicles speeding by and hitting the ponies might not the best thing for a horse already not keen on traffic.  I found the first section of bike trail and it was lovely.  But the second section was behind a locked gate with private property signs.  I sighed and headed west towards the snowmobile trail marked on the map I’d been given.  A man in a van stopped to say hello and warned me that the route I was looking for wasn’t there.  I found a farm road heading in the right general direction and followed that.  Wound up wandering around in the woods, getting lost and coming out (I eventually discovered) back on the road I’d left two hours before.  Argh!  The lesson of the day was that snowmobile trails in summer look a lot like corn fields!  Road riding on grumpy ponies was the order of the day. 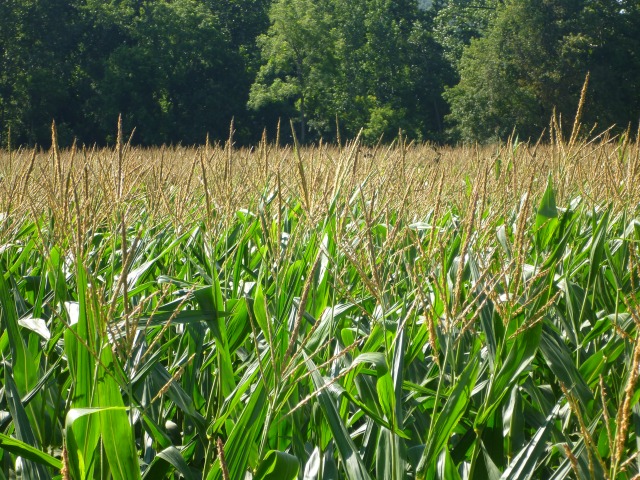 Eventually, 5 1/2 hours after leaving the dairy farm, it was time to call it a day.  We’d covered about 4 miles of actual distance towards our goal!  I listened to the little voice in my head and turned in a driveway following a small car which had just turned off the road.  The ponies and I were made very welcome and I subsequently learned that my hosts are part of the same church family as the couple I’d left this morning.  I’m now showered, fed, laundered and in a bed!  Great campfire this evening, culminating in S’mores. 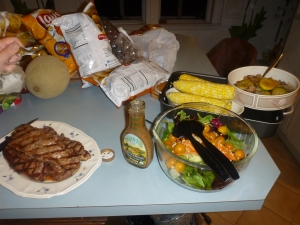 All’s well that ends well and I learned something today – which is always a good thing. 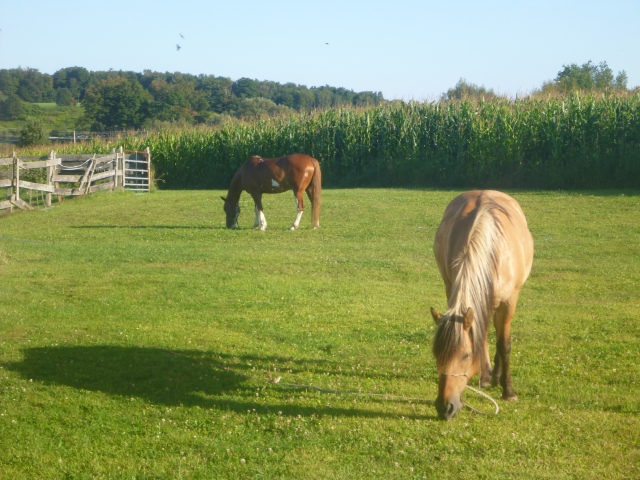 Sea G Rhydr and her trusty steeds, Jesse James and Finehorn - embarking on a grand adventure to cross America.
View all posts by Sea G Rhydr →
This entry was posted in Uncategorized and tagged back in NY, Clymer, dentist, hospitality of strangers, lessons of the trail, Mayville, rails to trails, S'mores, Sherman, snowmobile trails in summer. Bookmark the permalink.

4 Responses to some days are better than others