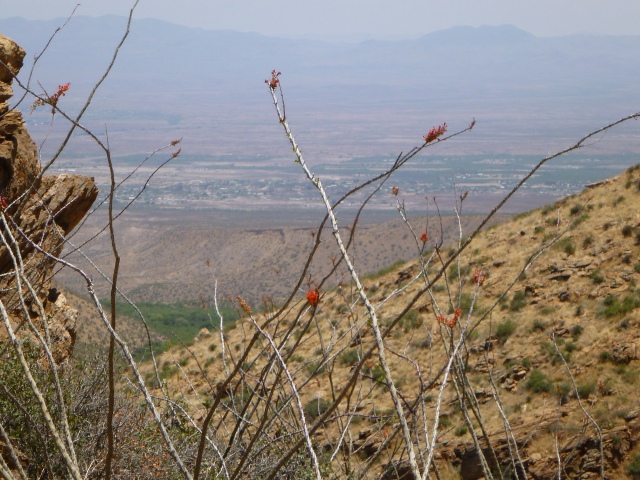 Sunday I was invited to accompany 3 generations of women on a drive/picnic up to Frye Mesa Reservoir.  I haven’t gotten out much in the past 5 1/2 weeks – and that’s pretty much been a straight run to town and back.  Lately when I get into a vehicle I sort of click into “dog mode” – happy happy joy joy – going for a ride – yup – wind in my hair – woof!  So I didn’t even ask about where we were going beyond necessary foot gear and what to bring.  I just got into the Jeep.  In this case it was not about the Journey -> suffice it to say H drove for an hour and 1/2 – most of it on unpaved roads – ummmm – big rocks! – we gained over 2700′ in altitude – it wasn’t nearly as scary as Johnson Ridge Trail coming out of Sespe – and I was quite brave, considering.  The incongruity of big bright delicate cactus flowers and, as we gained altitude, Grass! (Don’t tell the ponies – it’s been awhile since they’ve had much in the way of satisfying graze.) 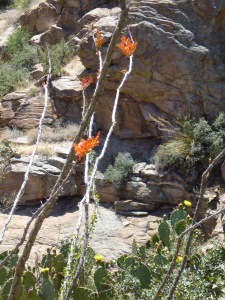 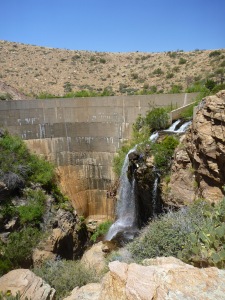 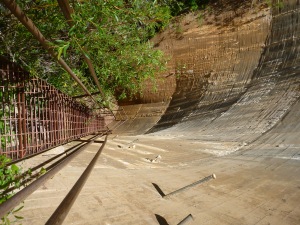 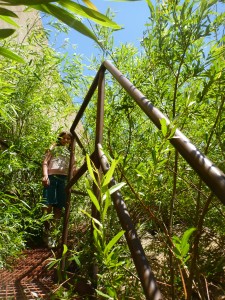 The Destination – a tiny gem of a lake between waterfalls in steep narrow canyons above and below.  Gorgeous little oasis with plenty to do and even a few spots of shade.  Not as hot as down below and even a little breezy.  Grandmere, Mom and Daughter took the trail around the lake to search for a hidden waterfall that Daughter’s teacher had mentioned – and I sat down on a rock with my feet in the water and my journal in my hand.  There was informational signage that a population of rare Gila Trout lived in the reservoir and as I sat there I forgot all about my journal as a pair of 6″ long shimmery fish came over to check me out.  Then the crawdads started emerging: from 5″ long stocky fellows with serious claws to pale crustaceans less than 2″ long.  I was not a good environmentalist.  I went to the cooler and got a tortilla and some cheese.  The trout took the floaters, the crayfish went for anything that hit the ground.  I was drawing a subaquatic crowd.  A dozen fish and 27 crawdads was my best count! 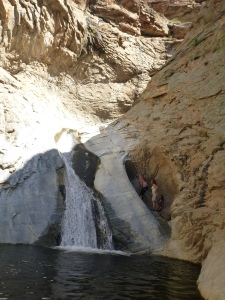 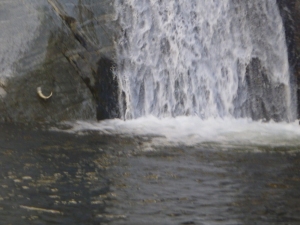 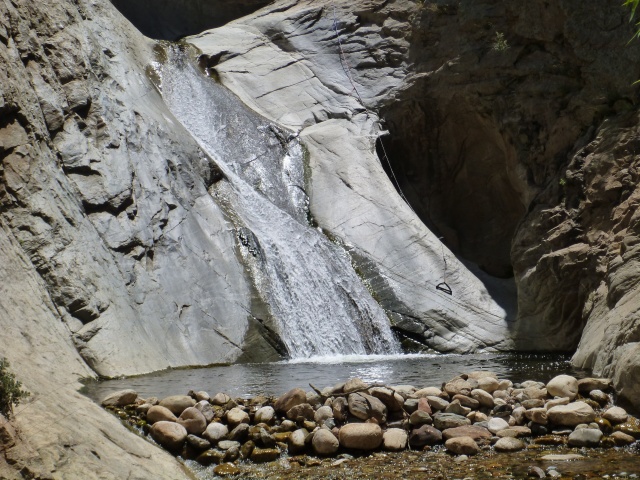 The 3 returned with tales of a glorious waterfall and a rope to climb up and irresistable enthusiam that I really needed to come check this out.  They were correct – the only thing to add with words is a reminder of the Sound of the water and the memory of Gila Trout that were attempting to jump UP the waterfall!  Some people arrived who knew the secret of the rope that dangled from above – grabbing hold of the rope, they planted their feet on the wall and walked up it, using the rope to support their upper bodies.  9 year old M watched them and then followed them up – right as my camera ran out of battery (argh!) 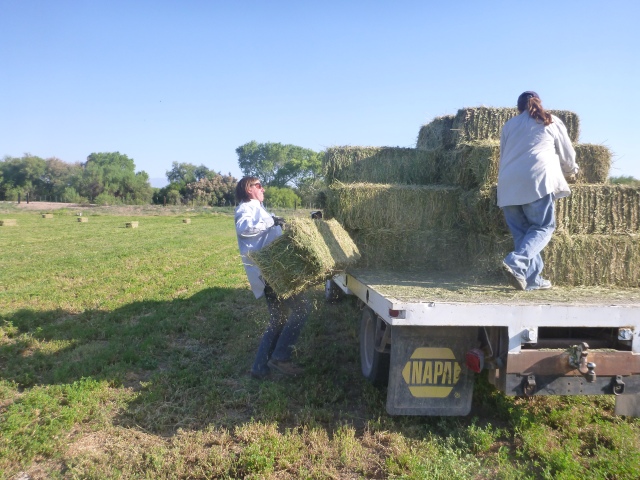 Yesterday and today have not been so restful – we’re 2/3 of the way through bringing in the first cutting of alfalfa (almost 300 bales!) and putting it into the hay barn.  It’s green and Heavy!  I’m feeling about flatlined with the heat – and drinking plenty of water!  4 women on the “crew” (49, 46, 32, 9) – and it turns out that the most efficient use of a 9 year old in this situation is driving the truck – she’s good, too! 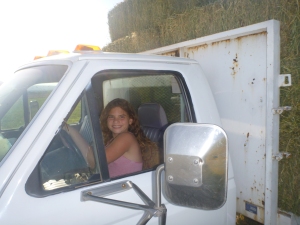 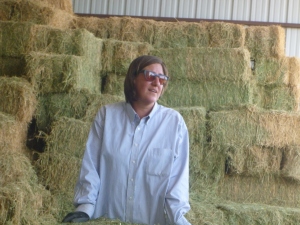 Hopefully we’ll finish that off tonight and I won’t have to set my alarm for 5am again.  Last night it was still too hot for comfortable sleep at 10pm.  It’s time to hit the trail again – Monday and Tuesday are predicted to be over 100*F.  Jesse James is in good shape except for a strip of naked skin about 1/2/” wide and 1 1/2″ long.  Finehorn is improving daily, but still has a nasty spot about the size of a 50 cent piece with a hole that still needs to be irrigated with the syringe of hydrogen peroxide.  My first choice would be to stay put until the hole is closed – which should be soon!  Oh – just learned that there’s an annular solar eclipse this sunday afternoon/evening – the 20th (new moon).  I’m outside of the area where the total eclipse will be visible – a band which goes from the NW to Lubbock (where the sun will be setting as it’s eclipsing – how cool is that!?) 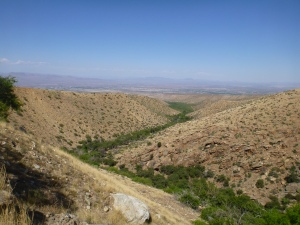 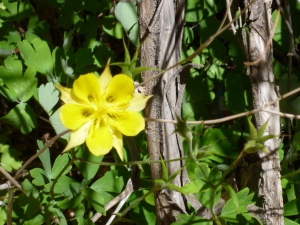