I looked at him yesterday and he looked back at me.
I have no idea what he saw (or even exactly where his eyes are)
but I saw grey whiskers and instantly reverted to the masculine pronoun.
I was Trying to sit still and pay attention;
he never moved except to raise his glossy black face towards me
whenever I wrote something particularly brilliant.
(I thus considered him a most perceptive chap
and sought out his company again later in the day,
discovering that he had progressed 18″
up the bark of the ancient apple tree,
intent upon his own business.)
I paid my respects and departed. 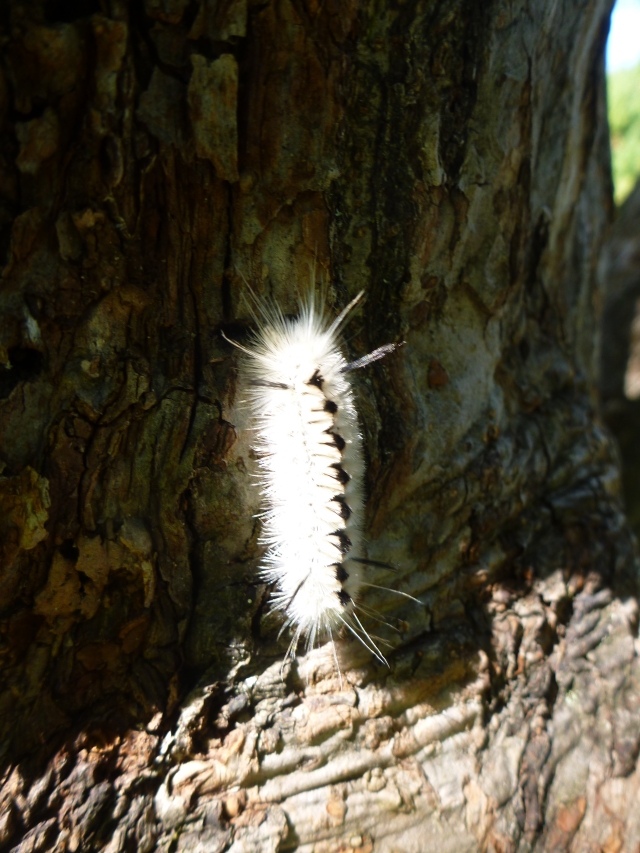 Today I returned, in search of my new friend,
hoping to become better acquainted.
I removed my spectacles and leaned in close
counting 8 black tufts down the length of his back
and 4 long bristles of black whisker – 2 fore and 2 aft.
I noted the texture of coral on his sides
and the different sorts of bristles
covering his presumably squishy body.

He ignored me.
Even when I blew on him.
I reached out a finger and he arched like a cat.
Curious about his feet I nudged him onto my notebook.
He lay on his side, a perfect arch, head and feet hidden
– as if I’d killed him. 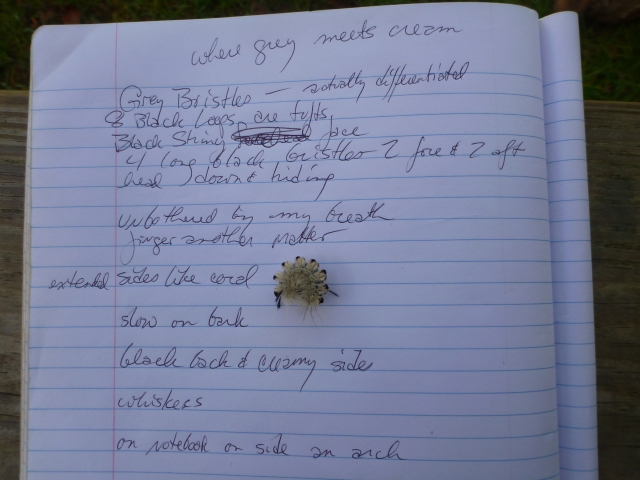 Mortified at my own lack of manners
I returned him to the tree
catching a glimpse of 8 suction cup feet – centrally located
and two more at his tail end
reconnecting him to home.

I left him to his meditations
– not feeling nearly so brilliant as yesterday.